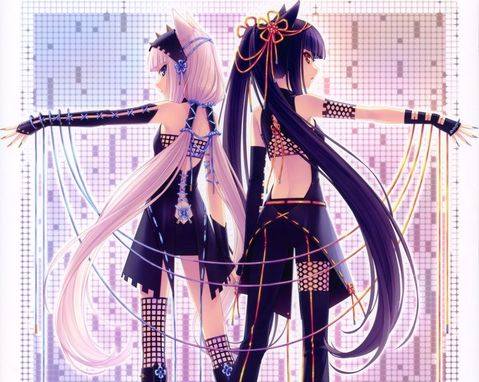 These days most people know what Manga and Anime are, but for those of you who don't; the term Manga usually refers to Japanise comics, whilst Anime is used to describe Japanise style cartoons.

Whilst these forms of entertainment have been arround for a fair while, it was the advent of home computers, gaming systems and the internet, that have really launched Manga and Anime to the wider audience. Games, cartoons and TV shows such as: Pokemon, Yu Gi Oh, Final Fantasy and even Power Rangers are either classed as or hevily influenced by the Anime and Manga styles.

This first review will look at the 1st Anime I ever saw, Neon Genesis Evangelion.

The series is set in a Tokyo of the (then) future, fifteen years after a disaster mysterious that effeced the world. The story centers mainly on a teenage boy, Shinji Ikari, who is recruited by NERV, an organization which has been set up in an attempt to prevent another Global catastrophe from occuring. Shinji is called upon (reluctantly at first) pilot a giant bio-machine called an Evangelion to combat monstrous beings known as Angels. As the series progresses, it explores the experiences and emotions of other Evangelion pilots and members of NERV, and slowly reviels the shadowy agendas of both the creators of NERV and the man who comands the organisation.

From the outset the Shinji is thrown into a complex world that he struggles to come to terms with. Leading to often feel lost and

While the plot can be complex and hard to follow at times drawing from a veriety of background theems, it is helped along by humourous character conflict and light-hearted momenets.

The original ending of the series can leave some dissapointed, confused and with a mulittude of questions, the producers have tried, and largely sucseeded, in dealing with theses issues in the subsiquent feature films 'Death & Rebirth' and 'End of Evangelion'.

For those interested there is also the Manga, of the same name, that tells a somewhat different version of events to the Anime series. Along with a re-make of the original series.